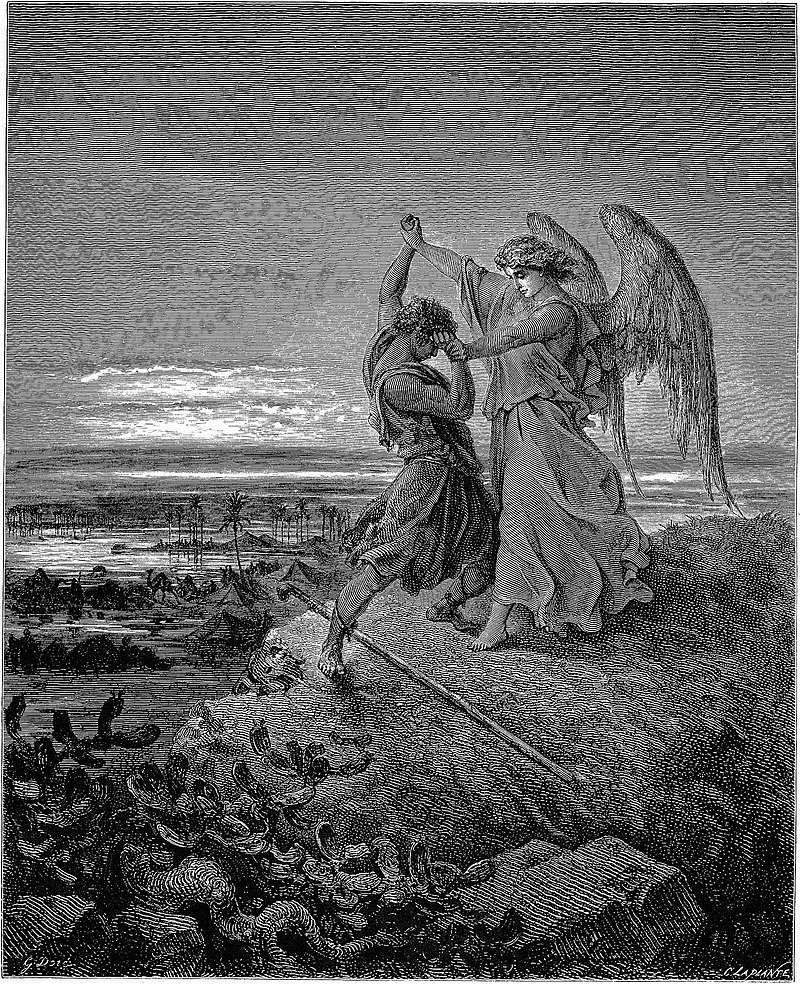 Ah, the story of Jacob wrestling with God for his blessing: what an inspiring account! How comforting it is to know that if you just wrestle with God long enough in prayer, he will give you what you want. Or at least, that’s how some people interpret this story. In fact, that is a horrific lie, perpetrated by the false prophets of the so-called “health & wealth gospel.” If we want to get a proper understanding of this story, we need to look at the larger picture: who is Jacob, and what is this blessing he seeks?

The story of Jacob begins a few chapters earlier in the book of Genesis. The portrait of him that we get is a man who was self-willed, and opportunistic; you could say he was a ruthless go-getting businessman. Jacob was hardly a good pious religious young lad, yet God promised he’d be the covenant heir. This promise was made as early as his birth: God told Jacob’s father Isaac that “the older would serve the younger.” Jacob and Esau were fraternal twins, and even though Esau was born first, God had chosen Jacob ahead of time to be the next family patriarch to follow in the footsteps of Abraham and Isaac. Despite this lofty promise, however, Jacob saw fit to take matters into his own hands. He stole both Esau’s birthright and his blessing, the first through extortion against his brother and the latter through tricking his father! This sense of family hostility was an ongoing issue: Esau was daddy’s favorite, and Jacob was mamma’s favorite, and tensions between the brothers were high. They even struggled with one another in the womb during childbirth! Finally, Esau has had enough and determines to kill Jacob, so Jacob flees his family and goes to live in another region with his uncle, Laban.

While living abroad, Jacob falls in love with one of Laban’s daughters, Rachel, and he desires to marry her. But Laban is a clever and conniving businessman too, so Jacob gets a taste of his own medicine when he finds himself tricked into marrying Rachel’s older sister, Leah, after seven hard years of slave labor! He is then permitted to marry Rachel too, but on the condition of another seven years of serving Laban! Despite these fourteen years of enforced humility, Jacob does not learn his lesson. He starts to manipulate the breeding of Laban’s flock in order to increase his share of the animals, arranging things such that he legally took ownership of a larger portion of Laban’s wealth. Laban is less than pleased, so Jacob gets the message and leaves, taking his wives and children and flocks with him, lest Laban try to kill him like Esau did.

And now Jacob is returning to his homeland. He has a family of his own now. And even though at least fourteen years have passed since he left, he is still afraid that Esau will try to kill him. He cleverly arranges his flocks and family to approach Esau in a particular order so that his least favorite flocks, wife, and children will meet Esau first, and offer him gifts of wealth in order to appease him. He is still trying to be the conniving businessman, and play the politician to make things work out in his favor. Nevertheless, Jacob is fearful for his life and no longer confident in his own ability to get through this nasty mess he has made. So finally, on the night before he meets Esau, he has this episode of wrestling with God. He demands a blessing from God, not because he’s a superior wrestler, but because God had already promised that Jacob would be the blessed one, and Jacob could no longer see any way of making that blessing happen without divine intervention. Finally, after all these years, this self-willed, opportunistic, ruthless go-getter is broken. Finally, Jacob learns what it means to rely on God, and not himself.

I'm an Anglican Priest and a sci-fi geek. Therefore, I write about liturgy & spiritual formation, theology & biblical studies, and Doctor Who. But I keep those blogs separate so I don't confuse too many people!
View all posts by Fr. Brench →
This entry was posted in Biblical and tagged discipleship, sermon, wisdom. Bookmark the permalink.